SAN FRANCISCO IS MORE THAN its 14 hills, famous Victorians, and amazing views. With so many cultures packed on top of each other, and a civic culture that values innovation and art, there’s always something new going on.

The San Francisco Museum of Modern Art is the city’s premier museum; it just had a major expansion and renovation. Across the street is the Yerba Buena Center for the Arts with edgier exhibits and performances. Many smaller museums are clustered close by in SOMA. The Asian Art Museum always has an interesting special exhibition, such as the art of yoga or Japanese printmakers’ influence on impressionism, on top of housing one of the leading collections of Asian Art in the country. The other major museums are the De Young, which offers free access to its gardens and observation tower, and the Palace of the Legion of Honor, perched atop a hill with extensive views. Science museums popular with kids are Academy of Sciences, with a living roof and excellent planetarium, and the Exploratorium, which recently moved to its own pier along the Embarcadero. 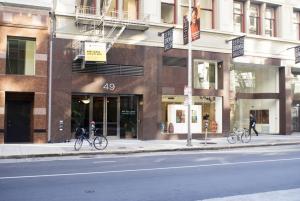 On the first Thursday of the month, many galleries stay open late and bustle with festive atmosphere. Check out 49 Geary, with floors of galleries and constantly changing exhibitions. Others worth visiting are Shooting Gallery, Galeria La Raza, Pier 24, Southern Exposure, the Luggage Store Gallery, and Creativity Explored (featuring amazing art by developmentally disabled artists). 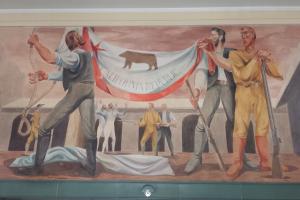 San Francisco has a lot of interesting public art spread across the city. There are several Diego Rivera murals open to the public, as well as WPA-era murals at the Rincon Center, Coit Tower (which also has a great view from the top), and the renovated Beach Chalet where you can relax with a beer and an ocean view after taking in the murals. The Mission is full of more contemporary murals; Precita Eyes offers tours as well as support for local muralists. The Wave Organ in the Marina is well-worth checking out; located at the end of a small jetty, sound is created by waves hitting the ends of the pipes. The Philosopher’s Way in McLaren Park, a less-visited corner of the city, you can get in a hike punctuated by stones with quotes, history, and images.

Major venues are the Warfield and Fillmore, the Great American Music Hall, the Independent, Slim’s, and Bottom of the Hill. Fans of jazz should check out the new SF Jazz Center. There are also several huge music festivals during the year; Outside Lands and Hardly Strictly Bluegrass — a free three-day festival started 15 years ago — bring in a lot of out-of-towners. 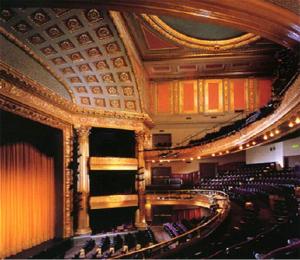 The Opera and Ballet usually offer last-minute student and rush tickets for deep discounts, although it requires some coordination to get in line at the right time. The American Conservatory Theater has two locations: the historic Geary theater has more traditional programming while the new Strand theater offers more experimental work. Smaller theaters worth checking out are the Magic Theater, EXIT Theater, and Word-for-Word, a company that performs short stories and shifts perception of what live theater can be. In the summer don’t miss the Stern Grove festival with a wide range of music, all outdoors and free. 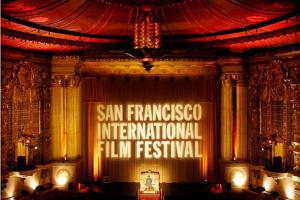 In addition to the major music festivals, summer brings a ton of smaller neighborhood and street festivals with music, food, crafts, and general merriment, many of which are listed here. The major film festival is the San Francisco International Film Festival in late April/early May, although the Film Society which sponsors the festival also puts on other programs throughout the year. There are many other smaller film festivals including the Silent Film Festival and SF Doc Fest. Fans of live, alternative theater should check out the Fringe Festival in September. The past few years have seen an expansion of Sunday Streets, where streets in a specific neighborhood are closed and everyone heads out to enjoy public space without cars. With so many cultures represented in a small space, there’s always an interesting special event or cultural festival going on, such as the Pride, the Cherry Blossom Festival, Chinese New Year, Day of the Dead, or Carnival.